Are provocations and scandalization strategies increasingly used in reality TV to attract attention? Do casting shows, docu-soaps or coaching formats increasingly show patterns of systematic boundary crossing, especially under conditions of economic crises? How do viewers react to moral boundary violations? What developments can be expected here in the future? House of Research has investigated these and other questions in collaboration with the Institute for Media and Communication Studies at the Free University Berlin. The study was commissioned by the Media Authority of North Rhine-Westphalia.

In order to analyze individual reality TV formats a multi-method design was developed, which consists of a quantitative content analysis of the offers, qualitative case studies, group discussions with young people and expert interviews. The focus was on a total of 418 German formats that were broadcast on 29 private and public television channels between 2000 and 2009. These included casting shows, documentary soaps and coaching formats. As case studies, we analyzed the content of the casting shows “Deutschland sucht den Superstar”, “Germany’s Next Topmodel” and “Popstars” and compared the results with the ratings from AGF/GfK television research and data from Nielsen Media Research’s television advertising statistics. We conducted group discussions on the topic with 32 adolescents and parents to find out whether there are differences between the generations in their assessment of the formats.

Based on our analyses, six main forms of scandalization in reality TV formats were identified: Claims of breaking a taboo, perforation of the intimate, distinction, sexualization/pornographization, social exclusion and aggravation/dramatization. The group discussions did not reveal any fundamental generational differences that might indicate a process of habituation or blunting. However, differences were found in the perception and acceptance of nudity/sexuality as well as verbal insults.
The study was published as part of the Media Research series of the Media Authority of North Rhine-Westphalia and can be downloaded as a PDF file or purchased in bookstores in printed form. 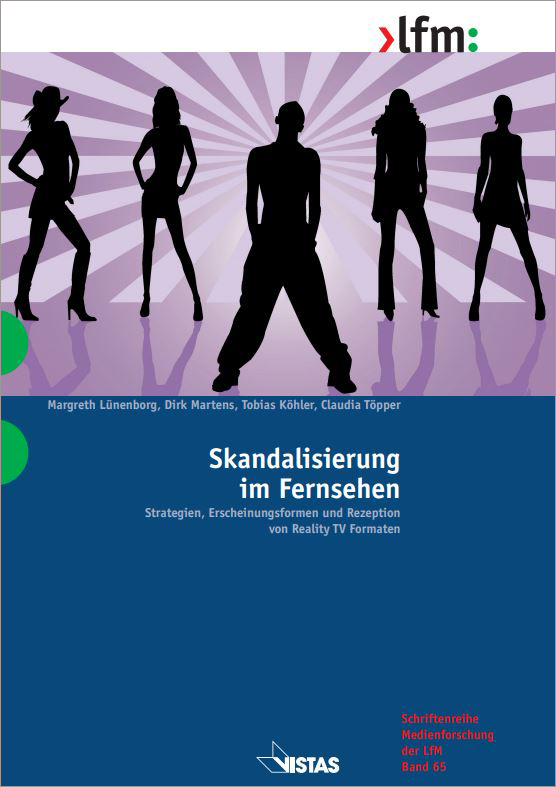