The Economic Impact of Media Piracy

Due to the increasing digitalization and the numerous possibilities for data exchange on the Internet, copyright infringements are still a mass phenomenon. The Medienboard Berlin-Brandenburg has therefore commissioned House of Research to investigate the question of how digital piracy affects the economy of the media. For this purpose, we have used numerous international studies, developed predictors and models for estimating economic losses, and contrasted them with practice through expert interviews and workshops.
The results for both, the Federal Republic and the Berlin-Brandenburg region, are presented according to the respective media types. The losses in the music industry are particularly large, with sales in Germany in 2010 37 percent below the 2000 level. Simultaneously with the rise of music file sharing, the decline in sales of music products, both albums and singles, began at the end of the 1990s. The economic damage attributable to copyright infringements was estimated at EUR 524 million for Germany in 2010 alone.

After numerous expert hearings and consultations, a working group on copyright law within the Enquete Commission “Internet and Digital Society” of the German Bundestag came to the conclusion that the rights of authors should be protected, but the recommendations for measures remained vague. To date, it has not been possible to stop the system of illegal distribution of works protected by copyright.

The complete study can be downloaded as a PDF file in German. 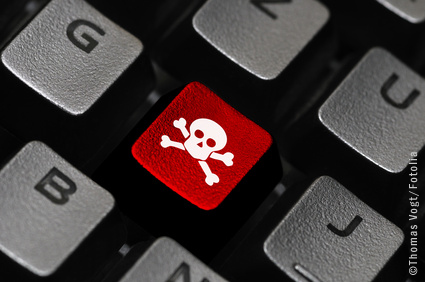