Virtual Realities – The Empirical Side of the Coin

VR is a field of study in which House of Research investigates the economic potential of business locations or changes in the production market, for example, but also conducts user-oriented reception studies.

The first study by House of Research on VR was published back in 2008. Using Second Life as an example, it was shown how people individually behave in this virtual world, what their motives and desires are, and how a new society emerges. For the study, House of Research had established the virtual research institute “HoR/SL” in Second Life and conducted in-depth interviews with the inhabitants, as well as specialist discussions. These Avatar-to-Avatar in-depth interviews were the core of the explorative multi-methodical investigation, which was supplemented by secondary analyses, offer analyses and quantitative online surveys.

Unlike MMOGs (Massively Multiplayer Online Games), Second Life was not a game, because there were neither goals nor rules: The purpose of virtual life in Second Life was simply to “be there”, to communicate, to create something, to experience togetherness with others. In its universality, it was not comparable with other role-playing games.
And real money could be earned there. After Der Spiegel spread the rumor that the German-Chinese woman behind the avatar “Anshe Chung” had earned more than a million real Euros by selling virtual properties, there was no more stopping it: many large companies joined SL, as well as government institutions, political parties, NGOs, universities and many more.

And as in real life, there were positive and negative sides to Second Life. People all over the world were using Second Life, so there were many contacts between people from different continents. Behind the mask of an avatar, it is easy to contact and connect with others. The self-made avatars could be male or female, or you could go around as a sexless fur animal (“furry”). However, most preferred an avatar of the same sex as themselves, which was then usually more beautiful, muscular or younger according to clichéd ideas.

People fulfilled their dreams in Second Life, maybe by opening a shop or just wandering around to talk to others. In real life, people tied to a wheelchair here found a way to move around like those without physical limitations. With reports about marauding Nazis and more shockingly (real and virtual) child pornography, Second Life was later written off by the media, just as quickly as it had been praised and pushed up by the same media before.

House of Research: Empirical studies for media and digital economy

Second Life still exists, but the hype is long gone. As co-founders of the VRBB, we continue to keep a close eye on the immersive media. Soon you can read about our contribution to the developments in 3D sound technologies, which are of particular importance for VR applications. 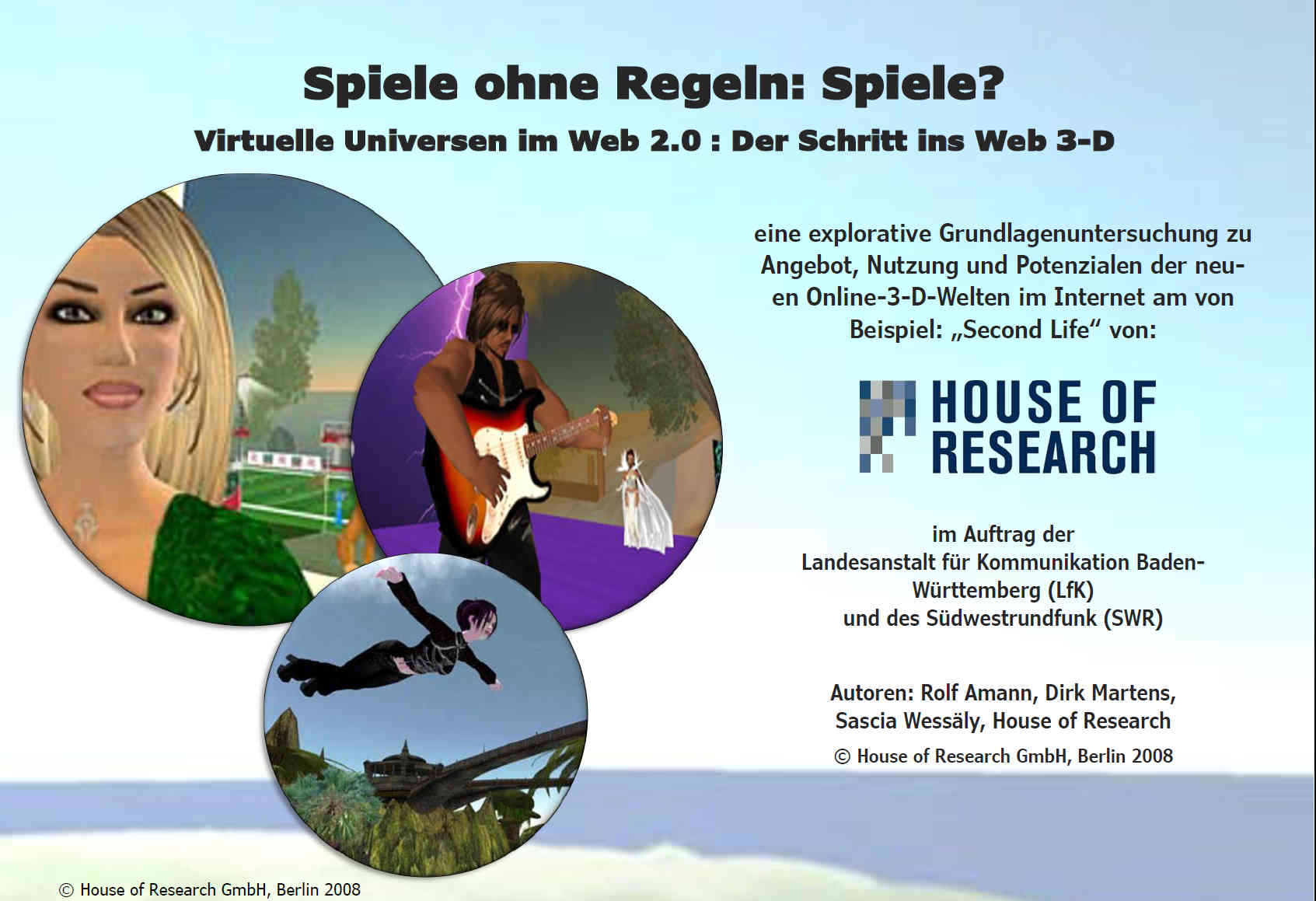